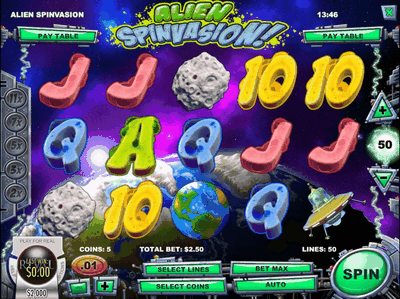 When Orson Welles took the airwaves of the Columbia Broadcasting Services in 1938 to narrate an adaptation of the War of the Worlds, little did he know that he was going to cause mass panic among his audiences. Using a news bulletin format, in the first update, he interrupted a music programme to report that a series of odd explosions had taken place on Mars, followed by an unrelated report of a strange object falling on a farm in New Jersey. The second update spoke of Martians emerging from this strange object and making their attack using heat rays, and then came numerous other updates which spoke of aliens invading the US and the world.

Despite wreaking havoc with mobs of people out in the streets in frenzied panic, and with the police having to interrupt the show, War of the Worlds had propelled Orson Welles to fame. And since 1938, the much anticipated (at least in science fiction) invasion of the world by aliens has never materialised.

Thankfully, this invasion, or rather, the Alien Spinvasion, is no cause for panic as Aliens are swarming all over our online casino thanks to this online slot from Rival Gaming.

Alien Spinvasion mobile slot plays from a minimum bet of € 0.
with 5 reels and 3 rows, the game offers you stunning 243 ways to win without having to choose from among complicated payline structures and offering you the chance for multiple wins on the same reel.

The invading aliens do not bring Free Spins with them, but they haven’t landed empty handed either.

With three or more Scatter symbols (the Invasion logo) you will trigger the Alien Invasion Bonus, where fifteen Alien Ships will appear and you get to choose one of them to collect prizes. If you choose an Alien Ship that reveals a prize, they will be added to the feature win. If you find the “Collect” symbol under the Alien Ship, the Alien Invasion Bonus feature will be over and you will pick up the prizes you have accumulated. However, you may also find the “Win All” symbol which will see you land all the hidden prizes together with those you have picked already, and move on to the second wave of ships.

Once you move on to the second wave of alien spaceships, you can collect more prizes until you find the “Collect” symbol – but there’s no “Win All” in this second part.

The “Resistance” symbol is a Wild which lands only on reels 2, 3 and 4, but substitutes for all symbols except for the Scatters.

There are six card symbols in Alien Spinvasion: based on the minimum wager of € 0. J, Q and K earn you € 150 while the A earns you € 250 for five. There are three regular symbols: the helmet symbol pays € 500 for five of a kind, the radar pays a massive € 1,000 as does the spaceships symbol.

Then come the two special symbols. The Robot pays a prize of € 1,000 for five hits on the reels, while the Invasion (Scatter) symbol pays € 1,250, the biggest prize of the regular game.

The retro interface of Alien Spinvasion slot reminds us of the classic video games from the 80’s, with an old-school background with some futurism added to reels through a number of symbols. The red bar underneath the reels will illustrate your wins in the previous spin, while the bet amounts and autoplay can be set from the main menu. The Info button is found on the main interface too, giving you access to the paytable and game rules.

Don’t be afraid of the Alien Spinvasion. This video slot can earn you some rather decent prizes – because not all aliens are here to wreak havoc!

Rival Gaming first launched in the year 2006 offering several great brands. These brands were designed initially to make the gaming experience as enjoyable as possible for players. After years of research and development from a team loaded with experienced developers, several creative artists, and a small group of visionary entrepreneurs, the time had come.

Rival Gaming has made a name for itself as a key player in the industry, producing some of the most fun and compelling arrays of online games for players. At Rival Gaming, they offer more than 160 unique games including desktop and mobile. Rival is maybe most known for their i-Slots series of video slots, which are theme based slot games that can be turned into several slot releases to cover an entire story. This unique and thematic approach to developing online casino games is a big hit with players.

Slots may also be Rival’s cornerstone of empire, but that does not mean they do not offer other games. The library of casino games offered by Rival Gaming is vast, and you will find a stunning selection of video poker, Blackjack, and other table games.

Some of the games from Rival are Firestorm 7, Arabian Tales, Flea Market, and Lions Roar.