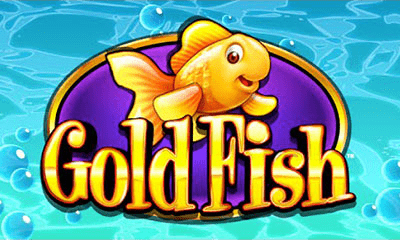 LUCKYLAND ACCEPTS US PLAYERS & CASH PRIZES
WMS Interactive’s Goldfish slot machine is one of the most popular slot machines around. With bonus features that frequently pop up during gameplay, including free spins and super scatter bonuses, it’s no wonder why! This fun, interactive slot machine makes playing almost as much fun as winning with its colorful aesthetics and easy-to-understand payouts.

If you’ve taken a trip to play slots in Atlantic City or even your local casino, there’s a good chance you recognize the Goldfish slot machines. This free slot game translates well to online play and is a great way to combine the fun and excitement of the Vegas strip with the convenience of home.

As you sit down to enjoy Goldfish slot machines, you’ll notice the simplicity of this game’s concept. Spin the reels to the tune of laid-back, tropical lounge-style music while vibrant colored tropical fish cruise by. The symbols include a variety of tropical fish, sea creatures and fish-related items, such as fish nets and fish food that are strewn across the game’s five reels.

There are 25 paylines across three rows of symbols, making the chances of hitting a winning combination decent.

The game’s highest payout, ,000, can be achieved with a line of five Goldfish symbols when the maximum bet is placed. Other high-paying symbols include the red and white striped fish and the purple fish.

The goldfish symbol is wild for all other symbols, with the exception of the feature, which is triggered by three scattered fish food symbols.

There are two main bonus features of the Goldfish slot machine: the Random Fish feature and the Fish Food feature.

Perhaps the more exciting of the two is the Random Fish Feature, which can be triggered after any spin. This feature tends to pop up quite frequently and when it does, you’ll see a large fishbowl appear in front of the reals. One of the game’s colorful fish will then dive in and award you a bonus. The bonus depends on the color of the fish.

When the fishbowl appears on the screen and the goldfish dives in, bubbles will appear in the fishbowl and the player is asked to select a bubble. Hiding in the bubbles is the number of free spins that will be awarded, which ranges from five free spins to 20 free spins. Once the bubble is selected, a free spin feature will begin.

The purple fish appears to be the most common bonus to appear throughout gameplay. When this fish dives into the fishbowl, it blows three bubbles which each contain a number. The numbers then rearrange themselves several times until the final prize amount is displayed on the screen.

The blue fish awards a super-scatter fisher, which comes with anywhere between one and three free spins. During super-scatter spins, symbols don’t have to be on an active payline to win and the highest winning combination is awarded to the player. In the event that no wins are awarded during the feature, the winner receives a 10x line bet award for the spin that triggered the feature.

If the green fish appears, players will find their fishbowl full of bubbles and will be queued to choose one. The bubbles each contain a cash award, except for one which says ‘Award All’. If the player chooses the ‘Award All’ bubble, all prizes contained within the bubbles will be awarded.

The Fish Food feature is a scatter bonus. During gameplay, three or more fish food symbols appearing in any position trigger this bonus. Once the Fish Food feature is triggered, a screen appears with a selection of fish food for the player to choose. The goal is to choose three matching symbols, at which point a final prize is awarded. If the player chooses three green or gold turtles, a final opportunity to choose an additional prize is awarded.