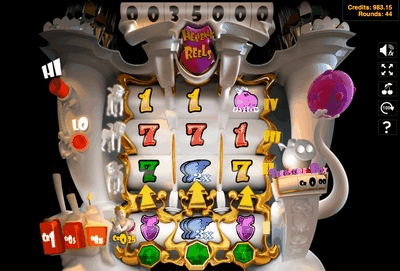 Heavenly Phoenix RTP (Payout) & Volatility
The RTP of Heavenly Phoenix is 96. Many serious slots players refuse to play slots with an RTP of below 96%, so this game meets the criteria for most players. The game is a low- to medium-variance slot, meaning it’s low to medium in terms of volatility. High-volatility slots tend to pay out infrequently, giving you lots and lots of so-called dead spins but the chance of scooping a huge win once in a blue moon. Lower-volatility slots pay out more frequently but prizes tend to be small. If you’re new to slots, you will probably find low-volatility games much more enjoyable. If you’re playing for real cash, you will likely find your balance lasts longer, too.

Heavenly Phoenix has an Oriental theme, like plenty of other slots out there at the moment. It’s definitely a very attractive slots game and is highly colourful and charming. It has a fairly simple design with the reels set against a pretty plain blue background, but all the symbols and the overall game design are flawless. You’ll hear Chinese style music as you spin if you choose to have the sound on.

How to Play Heavenly Phoenix Slots

In keeping with the game’s simple design, it’s easy to play. There are only five paylines, and you will be betting on all five every time you spin the reels. This is what’s referred to as a fixed payline slot. This means you can’t choose which lines to bet on, as you can with many other slots. You will always bet on all five lines, no matter how small or large your stake. The only thing you need to check before hitting the spin button is the coin size. You will always be betting a multiple of five, but your total bet will change depending on the size of coin you are using. The smallest possible bet is five coins. You can change the coin size by using the plus and minus buttons to cycle through the available options. When you are happy with the total bet displayed at the bottom of the screen, you’re good to go. Simply hit the spin button and get to work.

There is a turbo option which speeds up all aspects of the game if you want to play more quickly – you can switch this on by clicking the turbo button at the bottom of the reels. There is also an autoplay function if you want to set up a pre-determined number of spins and then sit back and watch the reels spin.

How to Win at Heavenly Phoenix Slot

In most cases, you’ll need three or more symbols on a payline in order to land a payout. Two of the symbols pay out for combos of just two, while the wild symbol pays out a small sum even if you land just one on its own.

As mentioned previously, there are no special features to speak of in this slots game. This will disappoint many players, but it’s still worth having a go if you enjoy more relaxing games.

As this slots game has five fixed paylines and no special features, there are no tips that can help you win. The game – like all reputable slots games – is completely fair and wins are generated at random.

You can play Heavenly Phoenix here completely free of charge. This will enable you to try out the game and see if you like it before possibly going on to play it for real money elsewhere.

Heavenly Phoenix can be played on a variety of compatible devices, including smartphone and tablet.

This is a striking and attractive online slots game, but most players will find the lack of special features a let-down. It’s hard to imagine getting sucked into lengthy and rewarding sessions on this game alone.

Can I play Heavenly Phoenix slot for free?

Does Heavenly Phoenix have free spins?

There are no special features in this game.

Yes, but not here. Many reputable online casinos will offer this game to be played for real money, however.

There is no need to download anything to play this game.

The game is fully optimised for mobile play.