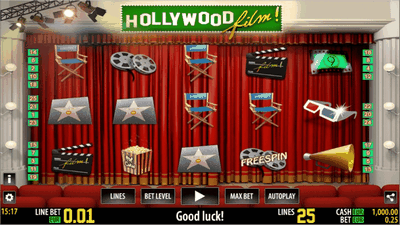 We’re very honest about our love of both films and a little light gambling. We are all about the highs and lows experienced both on the silver screen and with the lights and flashes of Vegas and Atlantic City.
While we frequently discuss all of the awesome ways that movies depict our favorite gambling moments, we rarely touch on all the ways gambling can depict our favorite movies. We’re lining up all of the best slot machines that feature Hollywood movies as their inspiration. You can even give some of them a whirl online, with free spins for NJ players. Let us know when you win big!

We can still feel the rush of the first moments of The Dark Knight Rises when we hit this slot. The 2012 Warner Bros.

Created by the Microgaming software platform, The Dark Knight Rises Slot contains 5 reels and 243 ways to win. During the Fight Mode Feature, Batman faces off against his arch-nemesis Bane for free spins and multipliers in a ridiculously realistic 3D battle.

Who doesn’t want to channel Al Pacino when they’re feeling lucky? Netent’s Scarface Slot is based on the classic 1980s film. Players get to experience the drama and suspense of Tony Montana’s rise to power with the 5-reel, 20-payline video slot.

The game carries an arsenal of cool graphics and movie clips along with lots of scatters and wilds. The bonus game brings us right back to Scarface ’s famous last stand shoot-out scene in the grand lobby. If you’re deft enough to shoot at the correct targets, those who stay alive long enough will collect as many bonus points as possible.

This slot machine may be the only thing more entertaining than the Avengers films. Based on the 2012 Marvel Comics film, The Avengers Slot includes 5-reels, 20 paylines, wilds, scatters, a Wall of Heroes bonus game, and images of your favorite Marvel superheroes, with Robert Downey Jr. Chris Evans, Chris Hemsworth, Scarlett Johansson, and Samuel L. Jackson featured.

The Mummy by Universal Studios totally holds up as an action-packed adventure. The online slot game also brings some serious entertainment. Powered by Playtech, The Mummy Slot features 5 reels and 25 paylines filled with images from Ancient Egypt.

Winning combinations trigger high-quality movie clips. The Mummy bonuses include free spins, wilds, and games such as the Mummy Hunt Bonus, Lost City Adventure Bonus, and several more. Users beware…during the Mummy Hunt Bonus, if you choose the wrong path you’ll come face to face with a mummy rising from the dead.

Bringing back the enthralling 2000 epic historical drama, Playtech’s Gladiator slot game puts us right into the movie. The game includes high-quality clips from the movie that will transport you from your computer room to the center of a Roman Coliseum.

Gladiator Bonuses, such as the Gamble Round and Coliseum Bonus, reward free spins, multipliers, and cash payouts. We’re playing just for the Russell Crowe moments.