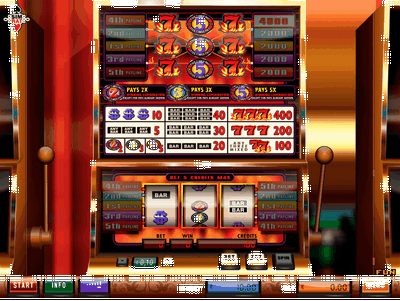 Hotline is a 5-reel 30-payline slot machine released by NetEnt. Inspired by the popular 1980’s TV series Miami Vice, the slot is home to high-value symbols portraying Kitty Weiss, a female thief, and detectives Quinn and Rivera resembling Crocket and Tubbs, the protagonists in the popular series.
The game features two special symbols, Wild represented by the red Ferrari and Scatter depicted as the palm tree in sunset. Wild lands on all the reels to complete your winning combinations by replacing all other symbols except for Scatter.

Speaking of Wilds, we have to mention the innovative Hotline feature that can boost your winning chances substantially at a certain cost. The game comes with one Hotline active on the central row. With such a setting, you have to pay a minimum of 15 coins to play the game. You are allowed to activate 2 or 3 Hotlines at a cost of 30 or 45 coins respectively when played at a minimum bet. Landing Wild on an active Hotline results in its expanding and covering all the positions on the respective reel. What’s more, each expanding Wild awards a re-spin to provide you with an additional chance of winning.

Scatter appears on the reels 1, 3 and 5 only and once you land 3 of these simultaneously anywhere on the grid, you will activate 7 free spins. During free games, when Wild lands on an active Hotline, it expands and stays locked in its position for the duration of the feature.

The top paying symbol in the game is the female character awarding 200 coins for a 5 of a kind combo created on a payline. The maximum possible payout you can win while playing the Hotline slot stands at 60,000 coins.

The Hotline feature makes this game stands out from the crowd. Practically, at a bet of 30 coins, which you would pay normally for a spin of a 30-payline video slot, you can have 2 Hotlines active and double your chances of getting expanding Wilds that will help you complete multiple winning combinations at once. Knowing that the top fixed jackpot stands at 200 coins, you will have to rely on completing multiple winning combos at once for larger payouts.

The free spins feature is definitely the biggest attraction of the game with Wilds turning sticky and remaining in their positions until the end of free games. With Wilds covering reels entirely, forming multiple winning combinations will be much easier.

As for visuals and sounds, NetEnt has done a great job with the Hotline slot. Once you load the game, you will enjoy an introductory video worth a real TV series. Having met the good and bad guys in the video slot, you can proceed to the reels set against Miami in sunset with palm trees and purple skies making up the backdrop. While spinning the reels, you will enjoy a synth-pop soundtrack that will take you back to 1980’s and set you in the mood to start chasing the hot criminal and some big wins.

Hotline is a medium variance slot game coming from the creative kitchen of one of the leading software providers and we recommend giving it a try and see for yourself what the innovative features can do for your balance. Depending on how many Hotlines you activate, the RTP varies between 96.