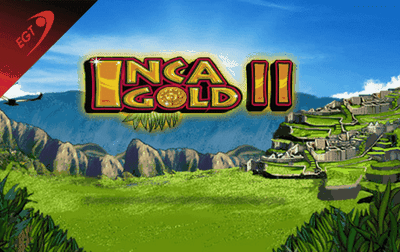 You earn 15 free spins for three, four or five Scatters. Bonus spins are performed according to the conditions specified for the main game: the bet size and the number of adjusted paylines do not change. The cost of a spin is not deducted from your account. The bet is used to calculate winnings.
All winning combinations lined up during free spins pay triple rewards. A series of free spins can be extended. To win 15 additional bonus rounds, you need to collect three, four or five Scatters in the game window.

Your rewards depend on the selected bet, the symbol value and the length of a combination. Prizes for combinations are calculated by factors – the fixed multipliers for your bet per line. Every possible combination has its own multiplier.

In addition to regular pictures, the game features special symbols.

Wild – a golden Inca coin. The picture comes up on reels one, three and four, replacing the missing symbol in a combination. Scatter – the picture of a mosaic. The feature of the symbol is that its combinations are counted without binding to paylines. Two, three, four or five Scatters award 2, 5, 20 and 250 times your total bet respectively (40, 100, 400 and 5,000 coins when playing with the minimum bet).

If at least one winning combination lands on the screen during the main game, your win for it can be raised in the gambling round. To increase your reward, the win for a spin must not exceed the size of the configured total bet more than 35 times. With a minimum bet, the limit is 700 coins and with the maximum it is 14,000.

The Gamble button opens the game in the additional window. You need to guess the colour of a playing card face down. To do this, use the Red and Black buttons. If your guess is correct, the amount placed on the stake is doubled. If you are wrong, your reward for the spin burns out. The gambling round has five levels in total. To refuse the next round and pick up the win, use any of the buttons for configuring bets. They take the function of the Collect button during the double-up game.

Any spin, including an empty one, can activate the bonus game where a progressive jackpot is played out. During the bonus game, you choose from twelve playing cards, opening them until you find three identical suits. Depending on the images of the opened cards, you win one of the four jackpot levels.

Your reward size corresponds to a particular level of the jackpot and is displayed in the sections at the top of the game window. All values are marked with the corresponding suits. You can win several types of the jackpot in the course of one game.

When you launch the free trial version of the Inca Gold Ii slot games EGT on the NeonSlots website, you have 5,000 coins in your game balance. They are exchanged to credits for placing bets. Credits are marked in the game by the conventional picture – a blue crystal. A blue button for configuring a denomination is found on the control panel at the bottom of the game window. In the trial version of the slot this value is fixed: one credit is equal to one coin.

The game window has five reels of three symbols each. So, the game screen is subdivided into 15 boxes. Graphic patterns of 20 paylines are described in the information guide which is opened using the “i” button. To earn rewards, you have to line up identical symbols from the leftmost to the rightmost reel along one of the paylines, on neighbouring reels.

This is what you do to start the game:

Adjust the number of active paylines. This parameter is configured using scales with the word Lines on both sides of the game window. Place a bet per spin. To configure the total bet, use five buttons with numbers that vary depending on the number of active paylines. Launch a spin of the reels. A spin is started by clicking the button with the selected bet Also, the game features the auto spin mode. Auto spins are activated by an orange button with circular arrows. An additional button – Gamble – comes up in the section with payouts. The button activates the gambling round in a separate game window. This option is not available in the auto play mode.

Inca Gold II is a history-themed slot with additional bonus options. Experienced players consider free spins as the most interesting part of the game. Your rewards are tripled during free spins and they can be extended. Therefore, some players prefer the auto game mode, speeding up the process of “catching” the Scatter symbol on the game screen.