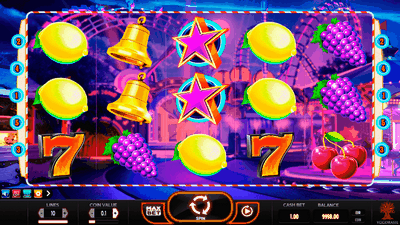 The Joker is a name that transcends the scope of card games or even the realm of casino gambling. The card is seen as a symbol of pop culture, which makes it a theme in its own that has allowed it to forge eternal bonds of creativity with software developers. The card is unpredictable and full of surprises, which is the same thing that can be said with the slot machines provided by software developers. Yggdrasil Gaming is among the software companies praised for bringing consciousness to this cultural symbol in the modern world with the Jokerizer slot machine. The Jokerizer slot game is a remake of traditional slots that are a blend of the joker and fruit themes. The former image, which is the comical Joker, has been around since as early as the mid-nineteenth century as a paradoxical card that is wild enough to play the role of others in a deck. The fruit theme, on the other hand, can be traced back to the early twentieth century when real money slot machines were banned. These machines stepped in to provide the public with slot fun, but the prizes were replaced by fruit-flavoured candy. These themes continue to be popular images of classic slot games, and Yggdrasil Gaming modernises the game to fit into the current casino world. This Jokerizer slot review touches more on what can be found in the game and how to go about the gameplay procedure.

Playing Jokerizer casino slots free or real money is hardly a mystery since it uses the usual gameplay procedure fitted into nearly all other slot games.

Lines – shows that the bet lines used to activate winning combinations are ten. Coin value – adjusts the stakes used per win line between 0. The change is done using the (-) and (+) toggle keys on each side of the field. Cash Bet – displays the total wager used per spin, which is achieved by multiplying the paylines by the coin value used. Max Bet – changes the coin value to 2 credits automatically to set the highest stake of 20 credits for the entire spin. Three curved arrows – sets the game in motion, spinning the reels manually. Play button – activates autoplay, which can play as many as 1000 preset rounds. An infinite mode is also provided that spins the reels endlessly until the balance depletes or a bonus is landed. Win – indicates the payouts of any round where combinations are formed. Balance – shows the cash or fun credits available to place stakes.

During Jokerizer slot, begin by interacting with the Coin Value section to set the desired wager. Proceed to spin the reels either one round at a time or using the autoplay button. No skill is required to land winnings and bonuses, which leaves everything to luck.

Yggdrasil Gaming’s Jokerizer online slot features a minimum win line bet of 0. The game’s play lines cannot be adjusted, and all ten of them have to be used in each spin. Therefore, the total cash bets that can be utilised lie between 1 and 20 credits. These limits work well for low and medium rollers since small budgets can last for long. However, it does not compare to other Yggdrasil slots that accept stakes of up to 125 credits, which suit high rollers. Nonetheless, it can be explored by a wide demographic. These limits are the same in both the free and real money versions. The only difference lies in the requirement to use cash in the latter to activate gameplay.

The RTP rate is often listed as a determining factor for ideal slots, and the best of them are stated to have one of 95% and above. Jokerizer video slot features 88% to 98% RTP odds. Even so, it should be noted that Return to Player percentages are vague projections of how the game is likely to pay depending on how it has performed over a long period. Therefore, even with a somewhat low RTP rate, this slot machine can award huge wins or result in significant losses that deep below the stated percentage.
The Jokerizer online slot spots high variance alongside this payout percentage. This volatility means that the game is inclined to rewarding rarely but in sizeable amounts. This means that it is better to play the slot with a sizeable balance that can last for long and wait for the bad streaks to end awaiting huge wins. However, like with the RTP rate, the variance can vary from one session to the other.

Jokerizer slot may be an imitation of traditional slot machines, but it does not hold back when it comes to offering various bonuses that punters can explore. On the downside, the set does not include regular special symbols such as wild symbols, multipliers, and scatter symbols.

The most common of all rewards are win line combinations, and they feature in the Jokerizer slot machines. The game uses ten bet lines for these payouts, and they are fixed. Rather than use ten patterns to mark out these lines, this game only uses five. Even so, they count as ten since they pay from both sides. Therefore, combinations can be formed from both the leftmost and rightmost reels. In either case, the characters involved in creating the cluster have to appear on adjacent reels. In the paytable, the win for symbol combination is displayed according to the line bet 0.

The Mystery Win bonus is activated when three smiling joker symbols appear. The characters are limited to landing on the three centre reels. If they appear in random positions on these reels, the game rewards between 1000 and 6000 coins. If they appear aligned either diagonally or horizontally, the highest win of 6000 coins is granted.

This bonus is activated randomly after any turn that lands a winning combination, and it is also linked to the joker symbol. Once the necessary payouts are awarded, the pokie redirects to the Jokerizer mode where each spin is played with 20 coins. The appearance of two or more jokers grants a mystery win. This is the only round in which two jokers are not only worth a payout but also do not have to appear on adjacent reels to trigger a win. The bonus round grants winnings of between 20 and 6000 coins. The Jokerizer Mode ends when a payout of 1000 coins or more is awarded.

The Jokerizer slot screams all fun and games from its design. Yggdrasil Gaming is among the most revered gaming companies in the use of 3D imaging. The use of a traditional theme does not hold them back from showcasing their prowess. The game is set in a theme park with tall roller coaster rides curling from the bottom of the screen to the top. The huge light featured at the rear lights the five by three playtable at the centre of the screen. The grid is made of a translucent black shade that leaves the theme park at the back in view. The characters on the reels are a burst of colour and have little sparkles on them to make them stand out. The game is quiet for the most part aside from the sound of rolling reels and a few tunes playing once a payout or bonus is awarded.

Jokerizer online slot is dependent on luck to provide winnings, which means that players cannot use skill to influence the odds. Nevertheless, the game can be played on a safe gaming site to ensure that any payouts collected can be cashed out. Begin by exploring the free version to inspect the offer wins and the procedure used in gameplay.

Jokerizer Slot is a cross-platform game, which means it can be accessed on both desktop computers and mobile devices. Both versions feature the same elements, including the appearance and payouts. Jokerizer mobile and PC slots are available in free and real money versions.

The highest payout awarded by Jokerizer standard symbols is 400 coins, which is granted by a combo of five stars. The joker bonus symbol drives up the jackpot amount to 6000 coins, which is awarded in the Mystery Win and Jokerizer Bonus rounds.
The Jokerizer slot looks like it has a lot to offer from the moment it is launched, and getting into gameplay proves that it does just that. The game aims to give players a gag from the word go while keeping things fun and simple. The modernisation of a theme that has been around since the early twentieth century goes a long way in making the game suitable for different generations of players.
The game’s inclusion of random prizes of up to 6,000 coins is a nice touch to the regular payouts. However, the lack of wilds, scatters, free spins, and other regular bonus features make it more old-school that it appears to be. Also, its low bet limits do not appeal to the high spending gamers since stakes only go as high as 20 credits per spin. The slightly low RTP rate can be overlooked since the game remains random.