Kingdom Of The Sun Golden Age 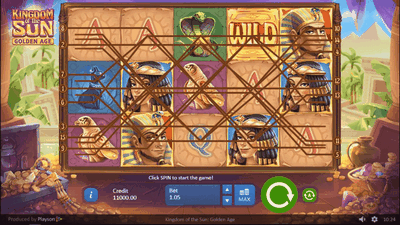 The second bonus feature is activated when you receive the ‘Compass’ bonus symbol anywhere on the reels. When this happens the Compass symbol will randomly select a direction – up, down, left or right – and if there are any low paying symbols in that direction they are transformed into a randomly selected mid paying symbol.

If during either of the bonus features all the symbols on the reels are transformed into the same symbol you will receive and additional cash prize.