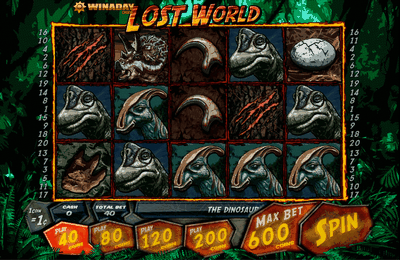 One of the first thing to realize is that the guy running the show here loves what he describes as “geek culture,” and most of his games are based around this in some way, shape or form. In their own descriptions of the slots produced by this company, they often cite scientific studies of the effects that the games are describing (such in the case of their Beer Goggles slot), or they will go into a niche culture in the case of Rampage Riches or King of Kaiju. This shows that they’re putting more into picking the themes for these games than you typically see from developers, who are usually a bit more arbitrary about it.

The aesthetic aspects of the games produced through this company are really worth checking out. One reason for that is that they cover a variety of themes with styles of graphics to match, so you don’t feel like you’re even playing a title by the same people. A very interesting feel is found in each one of these titles because of the customized graphics and animations that are created to fit their individual themes. This avoids the “one size fits all” feel that you can get from other software developers at times.

In terms of gameplay, even though this developer has a pretty small portfolio, you’re still getting a wide range of gameplay styles. You can find everything from games with a low volatility to those with a high volatility here, and the hit-rate can vary from slot to slot as well. The point here is that, once again, everything matches up with whatever level of excitement is called for by the concept of the game.

The bottom line is that what you get from the titles produced by Lost World slot games a cohesive, immersive experience. The reason for this is that everything comes together to fit the mood, look and feel of the theme of the game you’re playing instead of just having all of their games feel the same with a different paint job. As a result, their small number of titles has seen a pretty significant level of success because, as everyone knows, quality beats quantity in the modern era of the online casino industry. Overall, the owner of this company clearly knows what he’s doing, and it’ll be exciting to see this developer grow over the years as they release more titles.