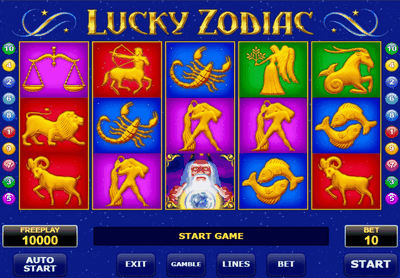 Do You Have Luck on Your Side?
As far as the game’s interface is concerned, this is provided on a five reel and three row display, so you’ll have a fairly familiar layout on which to spin the reels. It is upon these reels that you’ll also find the various different icons, which begin with the A, J, K, Q and 10 symbols, and these, like in Lucky Twins, have all been adorned with some sort of Chinese item, such as the fan which decorates the ‘Q’. Joining these as other standard symbols, you’ll find that there are four others, and these come in the form of a beautiful violet-coloured water lily as well as a Ming vase. An emerald green fan is the next offering, while the very last symbol is a red Chinese lantern. The remaining icons make up part of the game’s special features.

Microgaming have also added a total of 20 different pay lines into this game, but you do have the option of being able to customise these. Furthermore, you also have the chance to customise your wager placed per spin as well, and this is able to be done by changing the coin size in the first instance. This is alterable between . Therefore, a maximum overall wager across all 20 bet lines of 0 is able to be placed.

Like most online video slots today, this one includes one or two special features to make it more of an entertaining product. The features begin with its wild icon, and this is represented by the game’s logo. As a wild, it will substitute for all other symbols on the reels in order to form a winning combination, with the only exception being the scatter icon. Should you manage to spin five of these on to a winning pay line, you’ll receive a maximum pay out of 30,000 coins.

As far as the game’s scatter symbol is concerned, this is represented by the Chinese firecrackers, and as a scatter symbol, it offers a pay out wherever it shows up on the reels. Scatters will multiply the amount of your wager placed by a specific amount, with five of them offering up to 40,000 coins in winnings. If you manage to spin three or more in to view, you’ll also activate the game’s freespins feature, and this provides a total of 12 freespins initially. These can be re-activated during the round, and there’s also up to a seven times multiplier included. Furthermore, during this round, there’s an extra wild included in the form of a monkey, and this acts in the same way as the standard wild does.

It’s true to say that Lucky Zodiac slot does provide much more of an entertaining offering than its predecessor, thanks to its freespins round with extra wild, its standard wild, and, of course, the scatters. The theme it’s supposedly has isn’t so well integrated in general, but if you’re looking for a standard online video slot game, then this one is most likely the one for you to play.