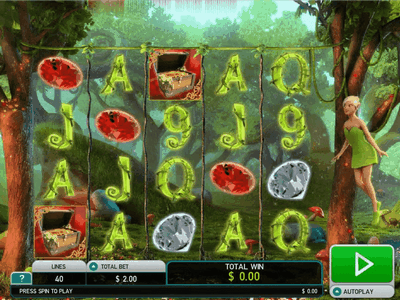 The essence of the game

Paid sequences in this video slot without deposit are generated on 40 active lines. This number will not change, it’s constant. A conditional currency is euros. You can put from 40 cents to 20 euros on a spin. Therefore, the minimum bet per line – 1 cent, while the maximum – 50 cents.

In the game, there is no usual spinning of reels. Instead, there are five vertical lines with four symbols placed on each one. When you start a spin, symbols fall down and their places are taken by new pictures which drop down from above. This is how combinations form.

A sequence is winning if:

There are no other pictures between these symbols on an active payline except the Wild.

Sometimes it happens that two or more winning combinations appear on paid lines. In this case, only the most senior will be counted.

When there is a paid combination on the playfield, benefits from it are immediately accrued
Their places are taken by other pictures capable of forming a payable sequence again.

Each of the sequences of pictures has a payout ratio – the number by which the bet per line is multiplied. Winnings are calculated by step by step multiplication of coefficients of all dropped combinations by the bet per line and then adding all resulting numbers.

You can see coefficients for sequences of all kinds of pictures by clicking on the button with a question mark in the left corner of the interface.

Before you start the casino video game to play now, select your stake in the “Total Bet” box. Click this button and you’ll get a table with eight variants of the bet – choose your own. Now click on the big green button with the arrow in the bottom right corner – it starts a spin.

The game has auto spins – automatic rotations. To run it, you first need to set the size of “Total Bet”, then click on the “Autoplay” button and choose the number of auto spins from 5 to 100. After that automatic spins start. The player can stop them at any moment by re-clicking on the ”Autoplay” button.

Prizes per each round are reflected in a large “Total Win” box. Balance can be seen in the informational line in the bottom of the screen. Total Bet” is also duplicated here.

“Speaker” – for the volume, turning off individual sound effects or sound in general

Square” – the maximising of the game interface to the computer monitor sizes.

How to understand symbols

The most highly valued combinations are sequences of five diamonds, then the bet per line is multiplied by 500. Sequences consisting of numbers 9 are the cheapest. Five of these symbols give the multiplier 40.

The special symbols of the game are Wild and Bonus. The Wild symbol does not form paid combinations, it only substitutes for other images in winning sequences.

When the Bonus symbol appears on the first, second and third vertical strip, it starts a bonus round consisting of 10 free spins. During free rotations, two wild symbols always drop with the rest of the pictures, so the number of winning combinations in the bonus round is always higher than in usual mode. If you like bonus games, then we highly recommend you to check out our list of slots with bonus games feature.

Theoretically, the Magic Gems casino slots game without money returns up to 95.