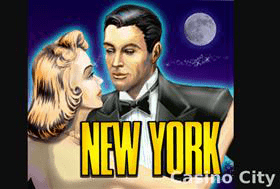 Gambling in New York: Online Casinos, Land Based Casinos, History and Regulatory Information
The view on New York as an anti-gambling state stems from, among other things, the fact that it was the first state to constitutionally ban gambling in 1821. Before that, lottery was thriving. In fact, lottery funded the early settlement at Jamestown in the first decade of the 1600s. It was common to use lottery draws as a tool to finance settlements during the 1700s and the 1800s. Lottery even helped finance the war against the British in 1776. The ban, however, ended the lottery until its comeback in the 1960s.

The first NY horse track opened in 1655, at Newmarket located in the Hempstead Plains (today’s Queens). One of the most well-known tracks in the world, Belmont Park has been running since 1905, but its operations didn’t become fully legal until 1959. The modern era in New York got its first form of legalized gambling – pari-mutuel (or pooled) betting on horse races. State lottery followed in 1966, and at about that time bingo was also regulated, along with charity gambling in 1970. Casino fans had to wait for a while longer for a breakthrough in the field of land-based casino gambling. The first tribal casinos started popping up in 1993, and in 2001 racinos joined. However, twenty years had to pass from the foundation of the first tribal casino for New York to approve a massive gambling expansion in November 2013 and get several commercial casinos up and running in the Empire State. This was achieved by letting voters approve an amendment to the New York constitution that would eventually allow Las Vegas-style casinos within the state limits.

With the introduction of commercial gambling facilities, there was a need for a regulatory body that would ensure that all lawful gaming in the state is of the highest integrity and credibility. So, the New York State Racing and Wagering Board with the New York State Division of Lottery were merged into a single state agency. The New York State Gaming Commission became effective in 2013 and has been regulating all aspects of gaming activity in the state ever since.

The latest additions to the New York brick and mortar gaming landscape are Lago Resort & Casino, Montreign Resort Casino and Rivers Casino & Resort, having opened their doors as recently as 2017 and 2018.

Of course, New Yorkers gamble online like any other person in the USA, but under specific circumstances. They have access to legitimate and secure online betting sites such as Café Casino, Ignition, Slots. LV and Bovada Casino. This is where NY residents can play for real money, as these are the most trusted brands out there. Unfortunately, some popular sites that are, in general, US-friendly, do not accept players from NY, such as Uptown Aces.

If you choose Café Casino, for example, you will have Rival and Betsoft games at your disposal, as well as Bitcoin deposits, live chat support and supreme mobile compatibility. The same can be expected from Ignition Casino, slick online casino brand which has been around since 2014.

Regulation and Legality of Online Gambling

Although some neighboring states have already passed legislation allowing online gambling (looking at you, New Jersey), we can only make assumptions when it comes to New York passing laws that would open possibilities for intrastate gambling websites. The impact of Black Friday is still present – the most infamous online gambling bust in the world. It took place in New York in 2011 when Preet Bharara of the U. S. Attorney’s Office for the Southern District of New York filed indictments against the three largest online poker rooms. The US market was left without Full Tilt Poker, Absolute Poker, and PokerStars, as they were deemed to be in violation of the Unlawful Internet Gambling Enforcement Act of 2006.

The unfortunate event shed some light about the attitude of the NY politicians towards gambling on the internet, but the fact remains that there are no punishments for online gamblers written into the criminal codes of the state. While illegal operators should watch out, individual gamblers tend to play at trusted offshore sites.