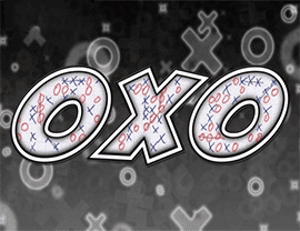 OXO is a 3-reel slot which offers five fixed paylines. This is one of the free slots offered by the developed Tom Horn. The combination of reels and fixed paylines pay out in a plethora of ways. The pay table comprises of three winning symbol combinations and as well features a special win. All payouts are multiplied by the amount that the players wager. A gamble feature is triggered after each win if and only if the gamble limit has not been reached.
Free Oxo Slot Online

To begin with the game, a player needs to choose a bet and press the spin button. The player cannot select the number of win lines. It remains fixed to 5. The reels start spinning and stop to show 9 symbols. Any win combination of the lines gets added to the player’s credit. Players who spin OXO on any given pay line are awarded a sum twice the initial bet placed. Players who spin OOO on any active payline receive 4x the original bet placed. Players who spin XXX on an active payline are awarded 6x the original stake which is a standard pay scale. This free slot machine game offers a very special win after a spin ends up with one or more empty reels. The payout offered for each empty reel is 100x the original bet placed. OXO is a low variance game which is good for both beginners and seasoned players. It features a 97 percent payout which implies that the players can make credits go further and indulge in more action upon making a small investment. The simplistic game play and the vivid graphics enhance the experience of the players of this game.