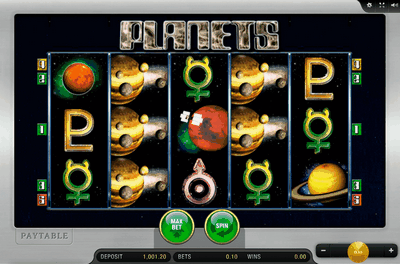 The first time I ever saw the Planet Moolah slots, it was like “What? This is such a different game from anything else that had come before it and it genuinely made me laugh out loud, especially the cow noises.

The second version of the game is also top class. Unlike so many follow-ups, the Planet Moolah one takes everything that is good about the first version and just makes it better, brighter, funnier and even more enjoyable.

The thing I really love about Planet Moolah slots is the cuteness of the way it plays. With such lovely cartoons and sound effects it feels like you are taking part in a cartoon. I love the ‘moo’ when you hit a bit winning line.

When I get to play Planet Moolah in a casino, I always do. There is a new version now, which is pretty much the same, but they updated the graphics and sound and also a few new features, that I will let you discoiver for yourself.

The game has 25 lines, which was quite a few when it was first released, but now with so many slots have 243 lines, I was hitting what I thought were winning lines, that turned out to be nothing.

The online version of Planet Moolah is just the same as the slot in Las Vegas, but this one is for free!

If you are playing in a casino, most of them should have Moolah slots. I have seen it in just about every casino I have played in, including Las Vegas.

The version of this game where you can gamble for cash online is, unfortunately, restricted to European residents at the moment. There is one exception, so that if you live in New Jersey, you can play this in the online Atlantic City casinos.

The good news is that if you want a similar game, you can still find them at a good online casino. Please see our real money slots page for more details. Although I’d say that nothing quite matches this game in terms of sheer quality, there are some amazing games out there that can be found, if you do prefer real cash play.

In the meantime, you can always play our free version, which works on mobile devices (like iPhone and Android phones and all Tablets) as well as desktop and laptop computers.