Queen Of The Castle 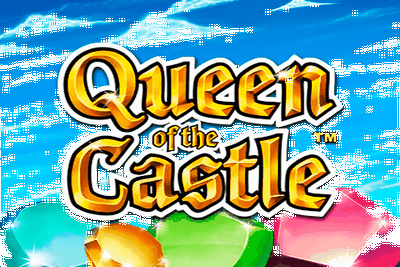 Queen Of The Castle Slot Detail

HOW TO PLAY QUEEN OF THE CASTLE

The castle is placed on a beautiful lake, and you will be greeted by the Queen of the castle, which is the Wild that substitutes for all symbols except the Bonus Scatter and the Crown, which appears only during free games and helps you level-up the feature. The Shield Bonus appears only on reels 2, 3 and 4 and triggers the Free Games feature.

The reels of the NextGen title are placed on the very walls of the castle, while the reel formation is a bit different than the ones used in standard video slots. Queen of the Castle features five reels with a 3x4x4x4x3 reel layout. The 2018 release offers 576 ways to win and pays left to right, starting from the leftmost reel.

Base game introduces features like Locked Reels, triggered randomly, where three central reels get caught by vines and spin together to display identical symbols. There are two types of Mystery Chest features we will talk more about in the following section.