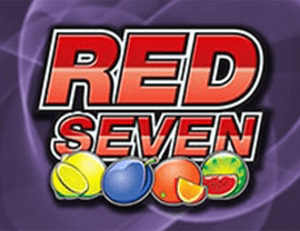 Triple Flamin’ 7-s Slots is quite a simple slot game that won’t make you think at all, meaning you will be jumping straight into the action if you have a clear head regarding how much you are willing to risk. The three reels and the single payline are located in front of a blue background and a blazing fire on top of the reels with the big title in the middle of the inferno. The coin sizes are 1 cent, 5 cents, 10 cents, 25 cents, 50 cents, 1, 2, 3, 4, 5, 6, 7, 8, 9 and 10 dollars. The maximum number of coins with which the spin can be started is two. This means that the lowest possible bet is 10 cents and the highest-20 dollars. As a whole, the game provides quite a lot for its obviously unsophisticated set up including a terrific wild symbol.

The Triple Flaming Sevens wild has an obviously major role in the game. The paytable begins and ends with it. A single wild symbol provides two times the number of coins that you have bet. Any three symbols among the wild and the remaining Sevens in the game will pay 5 coins per a bet coin. Any two of the Flamin’ Sevens Wild will grant 10 coins for 1 bet coin. Then there are five triple combinations involving different kinds of Sevens. The lowest paid one is the white Seven. Three of them pay 20 coins per a bet coin. They are followed by the blue Sevens-their triple combination delivers 25 coins for one bet coin. The yellow Sevens deliver 40 coins at the 1st coin and 80 coins at the second. The red Sevens double the payment from the previous spot in the table, delivering 80 coins for every coin the gambler bets. The last single Seven symbol is a yellow seven surrounded by red paprika and you will most definitely feel the heat when you acquire this symbol’s triple combination and receive 150 coins for the first bet coin or 300 if you have bet two of them. And finally, the grandest award in the game will arrive after a triple combination of the wild symbol, delivering for 1 coin 1500 and for two of them the top prize of 4000. Triple Flaming Sevens’ gameplay diversity extends to the usefulness of its wild symbol. There really isn’t that much variety on the reels but once they stop spinning you might as well forget about it especially when the huge awards start pouring in.

What do the most traditional and vintage slot machines look like? In an age where slots have become bigger, louder and more layered with interactive gameplay during bonus rounds, it’s challenging to think of where the old-fashion slot machines fit. Have all the features of a three-reel slot completely been replaced by digital, five-reel, four-row behemoths?

Absolutely not, says IGT. The company flies in the face of other larger games to create the slot machine Triple Red Hot 777. This game is a three-wheel, single-row slot machine that blends the best of both old-school and modern casino worlds.

IGT’s Red Hot 777 slots have beautiful and crisp graphics with enormous symbols and fonts. Nothing about this game is too small to see. The colors are vibrant and energetic without blinding the viewer.

The jazzy background music is pleasant enough without overwhelming the player with noise. The sound effects work together with the music to avoid creating a mess of noise. Triple Red Hot 777 is modern in the sense that it is refined, sharp and clear.

The average rate of return ranges from 92. These can be very intimidating numbers for players used to penny or dollar slots. The game expects gamblers to know what they’re betting and what to expect in return.

With the wild multiplier, the winnings can also hit the hundreds or thousands. This is good news, as players with excellent luck can quickly turn a ,000 balance into a ,000 bank.

The biggest payouts come from the bonus round. Matching three, rainbow-colored bonus symbols in any location on the reels will trigger the bonus games. It’s here where players can see IGT’s efforts in blending modern bonus rounds with traditional simplicity.

The game keeps the reels unchanged save for a colorful, animated border of explosive flames. There’s no added complexity or distracting interactions to the slots. This makes the rules easy to follow.

Players earn seven free games to play with at the same line bet as the regular rounds. If players match three more bonus symbols during the free games, they will earn an additional seven free games. The maximum number of free games that can be earned is 700.

A Spitfire Multiplier enhances the free games to differentiate them from the regular reels. Each spin triggers a multiplier that ranges between 2x to 7x the line bet. The multipliers are randomized and don’t require any quirky play from the player.

These bonuses can also greatly increase a small win amount by pushing it into the thousands. Most players might notice they can make up for any losses by getting a single match during the free games. The earnings are simply that good.

IGT avoids turning the free Triple Red Hot 777 into another busy slot by keeping the reels to three while also keeping it engaging with numerous multipliers. The bonus round only adds free spins and a randomized Spitfire Multiplier feature that effortlessly builds big rewards without overcomplicating the game.

Casino gamers who are used to penny and dollar slots may find the high minimum bet frightening to attempt. Although players can easily recover their balance with a few wins with the multiplier, they can just as easily lose their wallets with a few dull spins. But bold and adrenaline-seeking gamblers who challenge their luck can find themselves winning big with Triple Red Hot 777.