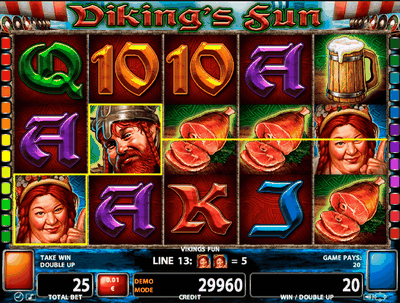 If history isn’t your thing, you might want to skip this section because we’re going break down what we know about Vikings up till now. Much of what we know about the history of Vikings themselves has been said orally, and what has been written was narrated by their predators, which is quite subjective. What we love about the series is the fact that it is actually based on a mixture of these “predator stories” and stories told in Norse epics about majestic Viking characters.

Vikings are typically seen as brutal beings willing to destroy anything within their path to get whatever they want, but this series, and this is probably why it is so popular and well loved, gives us a different perspective of that typical narrative.

Well, for starters, the series doesn’t really show Vikings as the evil conquerors who couldn’t care less about the people living in the lands they have invaded. If anything, the series shows Vikings as family people who take care of their clan above anything else. While there are plenty of fight scenes, these scenes are not the heart and soul of the story, but we’re guessing that this aspect of the series will play a big role in the slot game.

About The Viking Series

Vikings has been airing since 2013, which means that Netent has about 5 years of narrative to fit into one slot.
the game play would be far more interesting for its players if they were given the chance to explore different areas of the series in more than one game.

In the series, Ragnar is a triple threat, he has intelligence, is a good leader and is an even better warrior. Great traits to have for a norse hero, but even better traits to have as a slot character. We predict a bonus round where his amazing fighting skills come in handy to defeat some unwanted threats within the reel.

Some other characters we predict will make the cut are Ragnar’s family members
His wife, Lagertha, son Bjorn and brother Rollo.

Since it has taken NetEnt so long to get this new slot machine online, we are hoping for some real horsepower under the hood of this game.

And boy, Netent never seems to disappoint when it comes down to giving their slots that extra push towards perfection. With a cinematic interface featuring a dreary pre-battle backdrop, the slot is made up of 5 reels and 3 horizontal rows. This setup allows for a whopping total of 234 paylines, which can be scaled up to a jaw-dropping 78,125 paylines in the Raid Spins bonus game.

Coin sizes can be adjusted according to the 10 adjustable bet levels, each level increases the coin size by 20 allowing for a maximum stake of 200 coins. Wagering the maximum bet allows the player a chance to snatch the 200,000-coin jackpot available on the Vikings slot machine. Combined with an estimated Return to Player percentage of 96. Vikings slot machine is a low variance slot, which makes the game enjoyable at a low cost for all those Viking series fans out there!

Since the Viking slot is such a modern and game-changing product, we expected some seriously cool slot features to appear here. Having said that, NetEnt has not left us disappointed because there plenty of thrilling slot features to be triggered to take your gameplay to the next level.

If you are familiar with playing on slot machines then you are probably familiar with the Free Spins bonus rounds. NetEnt has taken this classic slot feature and given it their own unique Viking twist to it. By collecting Raid Spins symbols on the reels 3, 4 and 5, the player will be able to trigger the bonus round of the Vikings slot, which allows for some massive wins up to 200,000 wins.

When the Raid Spins bonus round has been triggered, the reels will expand to 7 reels and 5 rows, allowing for the maximum amount of paylines of 78,125 different ways to land a winning combinations. Additional Raid Spin symbols can be triggered in the bonus round, and landing 7 symbols on the reels will award the player with 3 Hotspots on reels 3,4 and 5.

Should the player manage to fill up one of the hotspot areas with a Viking symbol, the adjacent reels will also adopt the same Viking symbol, allowing for a bigger chance to land a connecting payline.

When playing in the base game, Hotspots will only appear on the third reel of the interface. The Hotspot area can be fully stacked by a Viking symbol, which then allows the adjacent reels to be transformed into the same symbol.

The Shield Wall feature is present in both the base game and the Raid Spins bonus round. Like the Mystery Symbols on Microgaming’s Fortunium slot, the Shield Wall feature will cover a portion of the reels before revealing a cluster of symbols. Thuis features occurs completely randomly and net the player some surprising wins.

A Final Word on Vikings

We have waited long for this game to be released but we can conclude it has been worth the wait. With the low Return to Player percentage and high amount of paylines, the wins are frequent and wagers are low. We’d like to think that NetEnt has done this deliberately so all Vikings fans can enjoy their new slot machine at the cost of a dime per spin, miles away from breaking the bank.

The unique and never seen before slot features bring a whole new dynamic to the table, making Vikings not only a delight to play in terms of graphics, but also in gameplay. You do not need to be a die-hard Viking fan in order to enjoy this new slot machine, with a maximum payout of 200,000 coins up for grabs, all players can enjoy NetEnt’s Viking slot.